An Emergency Physician, LS, came to me for an eye problem. After diagnosing and treating him, we talked about his current assignments. He covers hospital emergency rooms in two towns and the urgent care centers affiliated with the parent hospital. Lately, he has had to tell patients in an urgent care setting that a study, like a CT scan, is medically indicated, but he does not know if the patient’s insurance will deny the claim. For example, a 65-year old gentleman “bashed his head” and LS told him that the standard of care is to get a CT scan of the head. However, the patient was confused when LS said that the patient’s insurance would not authorize the test. The medical reviewer, seated at his desk in suburban Chicago, by telephone denied the authorization because the test should be done at the Emergency Room of the hospital. The logic did not inspire me, so I asked if that were an unusual situation, having to get prior authorization for a CT scan in an Urgent Care center. Authorization is being denied because the patient did not self-refer appropriately. Submitted claims are being denied after the fact.

The insurance industry has paid increasing numbers of claims for studies done in an Emergency Room setting with the passage of a national law that uses the standard of the “prudent layperson” who should be covered for symptoms that would reasonably prompt someone to seek immediate attention. Unfortunately, the insurance companies now are asserting that such symptoms, presented to an Urgent Care center, do not meet the standard of the “prudent layperson.” This approach puts an undue burden on the patient to judge the severity of his or her symptoms and to self-refer to what insurance companies consider “appropriate” settings. Is this reasonable? The patient, unless connected with the medical field, is in no position to know just how serious his or her symptoms may be. Denials for authorization for CT scans allow insurance companies to limit their “losses,” that is, paying claims. There are ethical and legal questions raised by this policy of denying claims. Are financial incentives offered to medical reviewers to deny such claims? Should not the “prudent layperson” standard be applied no matter the setting in which the patient seeks care for an urgent problem? Is there medical liability for the ER doctor who fails to order the test when such test is not authorized by the insurance company’s medical reviewer? See the statement from the American College of Emergency Physicians: http://newsroom.acep.org/2017-06-09-prudent-layperson-standard

The initial purpose of Urgent Care centers was to provide the public with simple care for simple medical problems, e.g. minor cuts, sprains, colds and the like. However, since their geographic location filled a niche in the community, Urgent Care centers have come to serve the function of hospital Emergency Rooms without the wait. Electronic billboards boast the shorter waiting times to receive care in Urgent Care centers compared to the parent Hospital Emergency Room. Who wouldn’t go to where you can be seen more quickly for your problem? It took Federal law in 1997 to require insurance companies to apply a “prudent layperson” standard for paying claims derived from Emergency Room care. The same standard should apply to claims derived from Urgent Care centers. Either that, or insurance companies, AT THEIR EXPENSE, must educate the public on the severity of a multitude of symptoms that would otherwise require a degree in medicine. 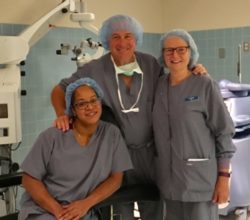 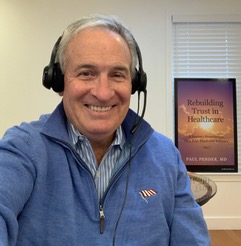